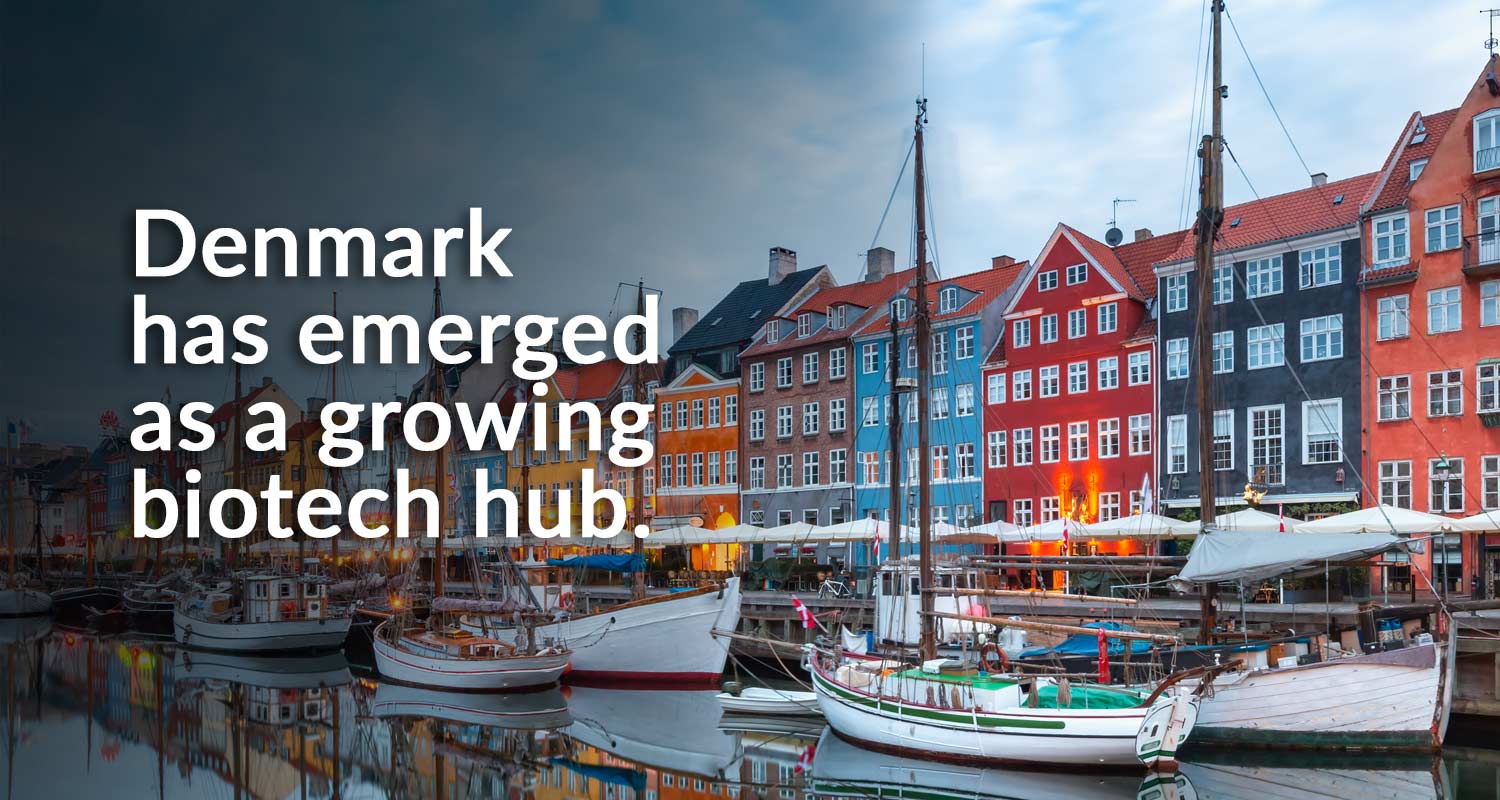 Continuing my series on cool cities for biotech, I take you to Scandinavia.  Copenhagen, the capital city of Denmark, has emerged as a growing biotech hub.  In fact, Nordic Life Science News named Denmark the best country in Europe for biotech research and development in 2019.

According to https://investindk.com/, there’s a reason why Denmark is the home of major international pharmaceutical companies such as Novo Nordisk, Lundbeck, LEO Pharma and ALK. It all started back in the early 1900s, when the first Danish pharma companies built the foundations for the thriving life science sector.

These strong pillars have planted the seeds for new, innovative companies to grow.  Some of the standouts include:

IO Biotech has a unique and novel technology platform, T-win®, for developing immune modulating anti-cancer therapies.  The technology is unique in that the compounds directly target tumor cells and tumor micro environment and initiate a dynamic process of activating the host immune system, which can then be exploited by concurrent or subsequent therapies.

Pokeacell is working on a new type of personalized T cell immunotherapy, which boosts the patient’s own immune system so that it can defeat cancer attacks itself.

Keep an eye on Denmark.  It is fast becoming a worldwide leader in clinical trials due to its hospital network and ample patient population.  Biotech incubators and generous funding bodies will keep Copenhagen’s biotech community thriving in the future.